Tell me about your 2022 Edinburgh Festival Fringe show, Zach Zucker: Spectacular Industry Showcase (Made for TV).

First and foremost, it’s going to be (a) spectacular (industry showcase) and you’re all going to love it. Or you might hate it! I made a really fun character show back in 2019 called Jack Tucker: Comedy Standup Hour and I’m trying to go in the complete opposite direction. I love to do Jack and I’ll always keep him around but I definitely don’t want to get stuck doing it forever. Plus, if I wear that wet suit any longer I’ll get permanent thrush. So, while it would’ve been way easier to make a new Tucker show, especially on short notice with the pandemic, I decided to take a massive risk and try something new that scares the shit out of me and could totally bomb. Would be super embarrassing if it did, but it might!!

True or false – You were one of the site managers of the world’s largest COVID Test and Vaccine Center in LA working with Sean Penn and Mayor Eric Garcetti. Are you a hero Zach?
Heroes are chosen by the people so if you want to throw that word around, I wouldn’t stop you from saying it. The rumours are true though, I worked at the world’s largest COVID test and vaccine site at Dodger Stadium in Los Angeles for 9 months and had one of the hardest/most rewarding experiences of my life. I was the Head of Training and Recruiting which meant I was the first person everybody met after months of isolation (could you imagine?) and I got to meet some of the greatest people LA has to offer while doing my part to protect our community — shout out Musa, Lizy, Joselin, Vanessa, Carrie, Bob Heaton, Nick Corbin and Club Decon!! Fuck the quinoa bowl and long live cone hole!!!!!

How close is Zach Zucker to New York’s greatest comedian Jack Tucker?
They couldn’t be further apart. Jack Tucker is a great stand-up comedian. He is married, has a wife, loves his son and is famous for telling jokes. Zach Zucker is a bisexual, nomadic clown who tells no jokes, would only get married for a passport and if he had any kids, it would be on accident. The only thing that the two of them share is an epic producer, Stamptown.

You’re a graduate of world renowned École Philippe Gaulier clown school. Tell me about that.

I’m sure the last thing Philippe wants is for me to go on record speaking about the school because I’ll say nice things and “more bad students will show up” at his doorstep. That being said, studying with Gaulier was probably the most influential experience of my life and I’m so thankful that I got the chance to do it. Not only that, the people that I took class with are my family for life and they basically taught me how to be an adult – I went when I was 20 and literally didn’t know how to cook pasta. Some people say that Philippe is mean or whatever bullshit they say but in my opinion those people just weren’t funny and took it too personally when he did his job of telling them it stunk when that’s what we all signed up for. It’s definitely not for everyone, and he definitely reminds you of that, but I personally believe everyone could benefit from it.

Finally, ask a question of your own.

The question I would like to ask if “What advice would I give audience members, bookers, TV programmers and commissioners” and my answer would be to take a risk on new talent. Go see something that you’ve never heard of/terrifies you. The Fringe is a celebration of the greatest artists in the world and there are so many brilliant performers who have so much to offer. Stop recycling bad ideas — keep championing voices that bring fresh, exciting, and challenging material to the forefront. The entertainment industry makes products for the masses and we as the masses have the power to let them know what we want! So instead of recycling the same boring, braindead content that numbs us, go see something that inspires you, tell everybody that you know and throw your whole weight behind it. 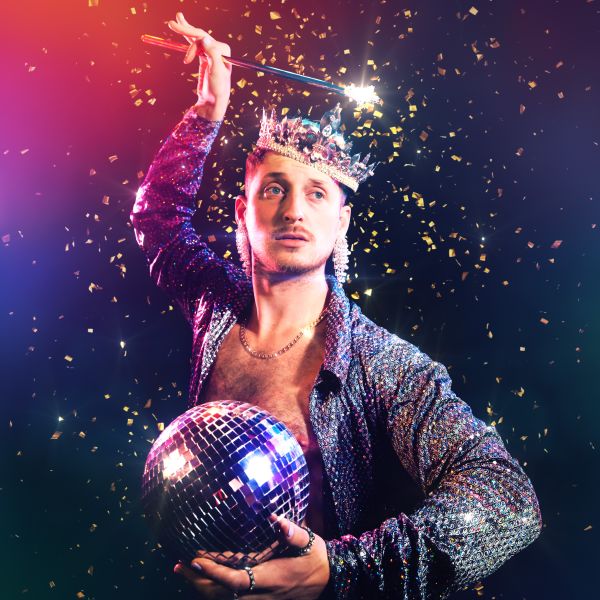