Newcastle’s own Stephen ‘Friz’ Frizzle is a comedy musician who performs puns in song form at the piano. Why yes, exactly like Tom Lehrer, Richard Stilgoe, Victoria Wood and Amateur Transplants. But Friz is the youngest, so he has the advantage. His Edinburgh Festival Fringe show, for one performance only, is Harry My Cat Died.

“Harry, My Cat Died started off as a Twitter account; a place to document most of the insane fans who tell Harry Styles that their cat has died. But it soon evolved into a murky reservoir of all kinds of crazy things that fandom do, and eventually developed into a live show that I toured last year.”

Are you a fan of One Direction?

“One Direction are excellent inoffensive pop. I’ve had to listen to all of their albums as research for the show. They’re brilliant lyric writers as well. One particular lyric goes ‘Now shes feeling so low / since she went solo / hole in the middle of her heart / like a polo.’ Almost Shakespearean.”

How did you get into performing comedy?

“I started with musical comedy, rewriting lyrics to famous pop songs and performing them on a keyboard. It’s only in the last year I’ve got into proper stand-up. The Stand in Newcastle is an excellent venue and they have a regular beginner’s night. I plead to any new comedian to start off there.”

“Don’t just write jokes and don’t just tell them to your friends. Perform them on stage. Also, stop bleaching your hair. You look idiotic. And Trevor doesn’t fancy you. Stop texting him”.

“I’d love to get One Direction up close and personal to see what they think about their utterly batshit fans. I’d also attempt to touch Harry’s hair.” 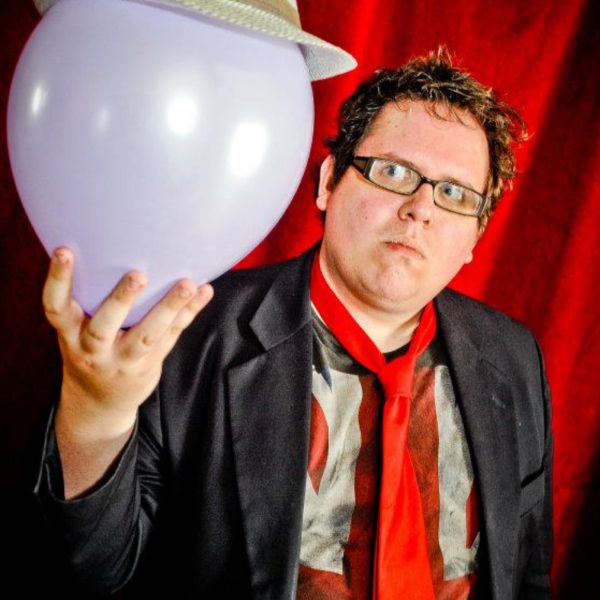