“My first show, Another American will be my debut hour long solo stand up show. It is the culmination of my first several years in stand up and is the most honest, funniest thing I have done so far – unless of course you count that time I got so drunk I woke up at the gym and told someone I had to start exercising for my long term health. So, worst-case scenario, this show is the second most honest, funniest thing I have ever done.

“My other show, Stand Up Showdown, is completely different. For the first half of its run, I will take on stand ups from all over the world and let the audience decide at the end which comedian they thought was the funniest. In the second half of its run, Kady Ruth Ashcraft, one of New York City’s top improvisers, will battle again for the audience’s affection, this time deciding what is a funnier form of comedy: stand up, sketch, or improv!”

“I wanted to make sure my show is free so that I can introduce as many people as I can to my style of comedy. Laughing Horse provides the best, most convenient venues to get to and they have the best set up in terms of allowing me to keep all my shows free and accessible.”

You’re one of the fastest rising comics in New York City. What is the comedy scene like there? Is there a difference between NYC and Edinburgh audiences?

“Ultimately, every audience anywhere in the world on any given night is unique and different regardless of location and has different expectations. As a performer, you have to make every audience connect to you in a new and personal way, which is one of the best and most fulfilling parts of doing stand up. The other best part is that sometimes people buy you drinks afterwards. That is coincidentally also one of the best parts about being a borderline alcoholic who happens to do stand up.”

You were one half of last year’s hit show Bollywood Rejects.

“Bollywood Rejects was my first ever Edinburgh Fringe show to be a part of and it was a complete blast to do! Basically, my show partner and dear friend Erin Melville and I were completely opposite people. She was a white woman who loved Bollywood and I was a brown boy who couldn’t care less. She talked on stage about how much she admired the form, and then I went on stage and talked about anything else. Then she would teach me and some daring audience members how to dance to one of their songs. It was a blast to do, and showed me how much fun you can have at the Fringe. I hope to bring that same fun spirit to my current shows!”

“There are a ton of great shows right now introducing awesome stand ups into the world on television. So I would go the other way. My stand up show would have Barak Obama, Angela Merkel, and David Cameron come to the stage and tell stand up jokes in order to humanize our world leaders. We would probably get cancelled after about seven minutes, because who in their right mind would really want to see that, but at least we tried something different. Also let me send my sincere apologies to Tony Abbot for being unable to get back to him about being on the show. I’m a busy man.” 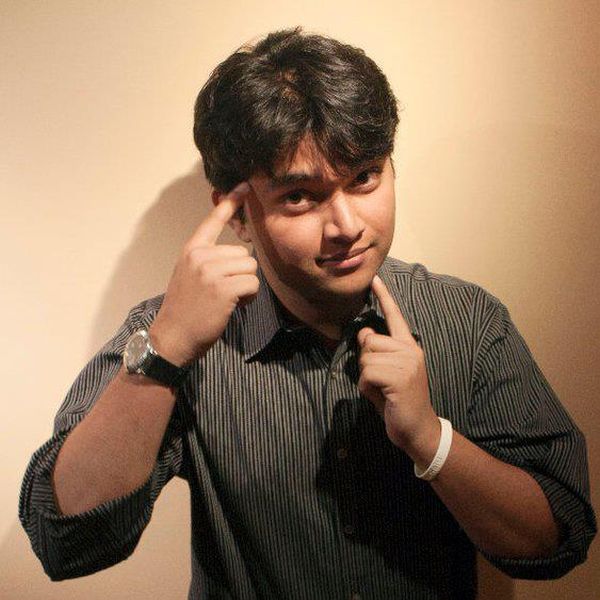