This is a short interview with James Cook, the stand-up comedian. As he explains on his website, he shouldn’t be confused with the explorer, the bass player in the Arctic Monkeys, a character off of Skins, the BBC Scotland correspondent, the Australian Rules footballer, the boxer, the square in Middlesbrough…

“I’m doing two shows this Edinburgh Festival Fringe. Always Be Rolling is about how board games can change your life and save the world – I’ve concocted a hair-brained scheme for turning the whole of Edinburgh into a giant board game for the duration of the festival. If you want to know how to play, you have to come to the show! In the show there’s stuff about the games everyone knows about like Monopoly and Guess Who, as well as modern hipster games like Settlers of Catan and Carcassonne. There’s also live on-stage re-enactments of classic games.

“Adventures on Air is about what it’s really like to be a commercial radio presenter, which is what I used to be. There’s an opportunity to win £100 during the show every day of the run – so it could bankrupt me – a cameo appearance from a 7 year old me and an anecdote about the most humiliating experience of my life, to date.”

Why did you choose to perform as part of the Free Festival?

“I came up as part of a sketch troupe to take part in the Free Festival for the first time, and I was very impressed with the set-up, so I’ve come back as a solo performer this year.”

“Always Be Rolling is quite silly, fun and upbeat, with loads of nerdy references to not just games, but movies and TV shows.

“Adventures on Air is slightly darker and more sarcastic.”

“The story of this features in Adventures on Air – so I don’t want to give too much away. Suffice to say it involves ice-skating, Melinda Messenger and numerical confusion”.

“How many am I allowed? There are so many fantastic stand-ups around, which is annoying from a performer’s point of view, but fantastic from a fans – I’m both so I get to be conflicted about the whole thing.

“People who’ve impressed me in the last 12 months include James Acaster, Nathan Caton, Miranda Kane and The Bob Blackman Appreciation Society. I hear they’re all up in Edinburgh this year, so go check out their shows! After seeing both of mine, obviously.” 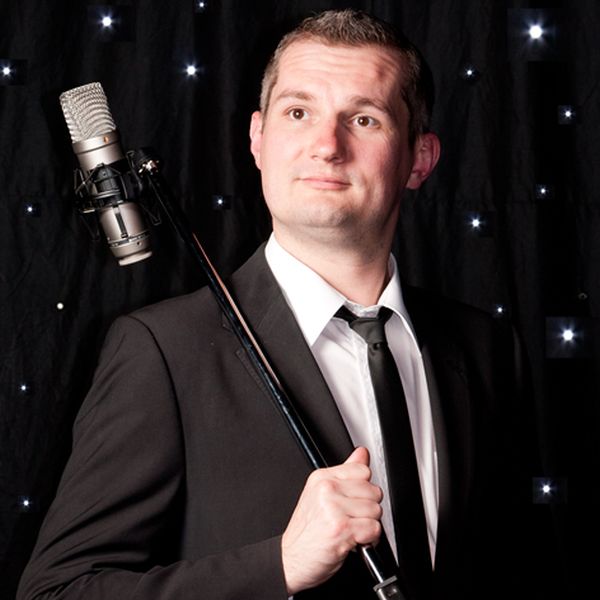