According to his website, Daniel Cainer is a songwriter, producer, broadcaster and composer. As a result he has written lots of music for TV, radio and advertising. He currently has a one-man show of stories in song, Jewish Chronicles, which has been touring in the UK and the US. Now he makes a return to the Edinburgh Festival Fringe.

“My show is a collection of stories in song, some short some long, some about my family history, some about other peoples. Some about how it feels to be me and simultaneously how it feels to be you. Jewish or not. Human certainly. I have a gift for describing complicated paradoxical relationships in a relatively simple way and since I started writing about Jewish culture I have found a unique voice for doing so. Plus, I can write a catchy tune and have some cracking good gags – and it all rhymes.

“There are stories about immigrant tailors who double-cross each other, about a cocaine-addicted rabbi, about a mediaeval bride that gets possessed by a demon ghost and – a perennial favourite – some saucy shenanigans in a suburban launderette in the 1960s.”

Has the show changed since your last Edinburgh Fringe run?

“Yes as it does every year. Some new stories replace some of the older ones. As I have people who come and see me every year I have to keep some or they will be disappointed!”

Where did you and your family grow up and how much did your own childhood is reflected in the show?

“If I answer this will be a spoiler as it is all documented in humorous revealing detail in the show. Suffice it to say, for a short while I had a semi-sentimental suburban upbringing which imploded in the early 1970s. After this, as it happens, I did have a somewhat murky adolescence which involved a relationship with my radical feminist English teacher, but that is another story for another show.”

Are you a musician or a comic first?

“I am a songwriter and storyteller first and foremost. I write serious songs that happen to be funny. I would not say I was a comic as that implies stand-up. But an audience member said just the other day that each of my songs was like a mini stand-up routine in itself. Except of course that I am generally sitting down. So let’s say I am a sit-down musical comic storyteller.” 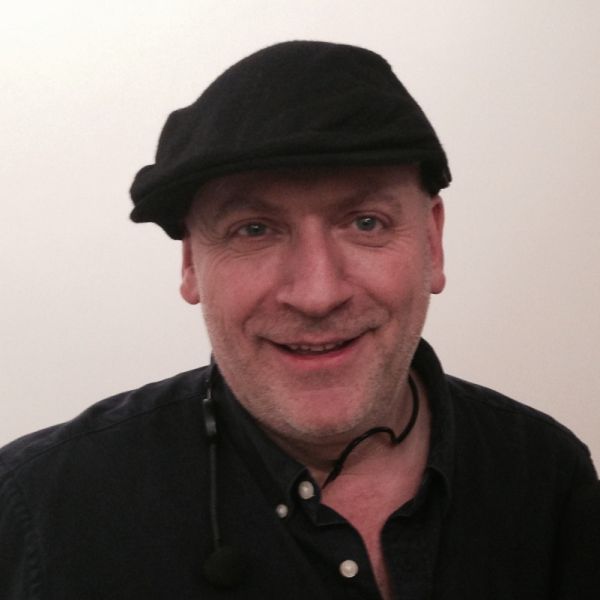