This year’s show is the show I’ve always wanted to do since I first went up to the Fringe in 1992. What I mean is, after 33 years as a stand up, I am now just wanting to go there and have fun.  It’s just pure stand up, there’s  no messages or theme. I don’t feel any pressure to showcase myself.  I just want to be in a room full of people and have fun with my material and jokes. Where we can all have a laugh, that for me is very liberating.

You’re a stand up comic, actor and writer. What comes first and why?

I’ll always be a stand up, I’ve been a-stand up for the past 33 years. There’s no feeling like it, standing  on stage making a room full of strangers laugh.

I do love filming and being on a set, I’m very fortunate to be in a position to make films at my age.  I love writing, and I have a play at the moment that I’m developing for production by Northern Stage Theatre Company in Newcastle.  I was never that academic at school,  so to write stage plays! Well, it’s a big thrill for me now.  I never thought I could do it. I’m  very excited to have a chance at the age of 66 to be trying new things and very grateful to have the opportunity,  What fun eh?

It says here that you once directed Ant & Dec in the Wizard of Oz when they were kids. Is this true? (or do we need to shoot our researcher?)

Yes, I did co-direct the Wizard of Oz at the Tyne theatre in Newcastle back in the 80s.

Ant and Dec had just started on Byker Grove for the BBC. They were great lads, but couldn’t dance at all, so we just stood people in front of them for the dancing.  Told them to hold their arms up in the air. It worked!

You starred in the brilliant 2016 Ken Loach film I Daniel Blake. It won numerous awards, including a BAFTA for best film. Has knowing real people living in very difficult circumstances informed your comedy? Can poverty be funny?

I was brought up in a working class area of Newcastle, where we lived in 2 rooms with an outside toilet and water tap.  But I never felt deprived  or poor, and no doubt times were hard for my parents. No, there’s nothing funny about being poor or struggling.

But you’ll find there’s great humour from the people who experience poverty and struggle on a day-to-day basis.   And that is a different thing. They get betrayed by their government leaders every day. I’ve very proud of the film I Daniel Blake and working with Ken loach and writer Paul Laverty.

You’re a pensioner, aged 66 Dave. Now, I hope you don’t mind me saying this. But you’re very sexy!  How is that possible?

Well, I don’t know what to say to that….  Wasn’t expecting that at all.   But I’ll take it at as a compliment, thank you. 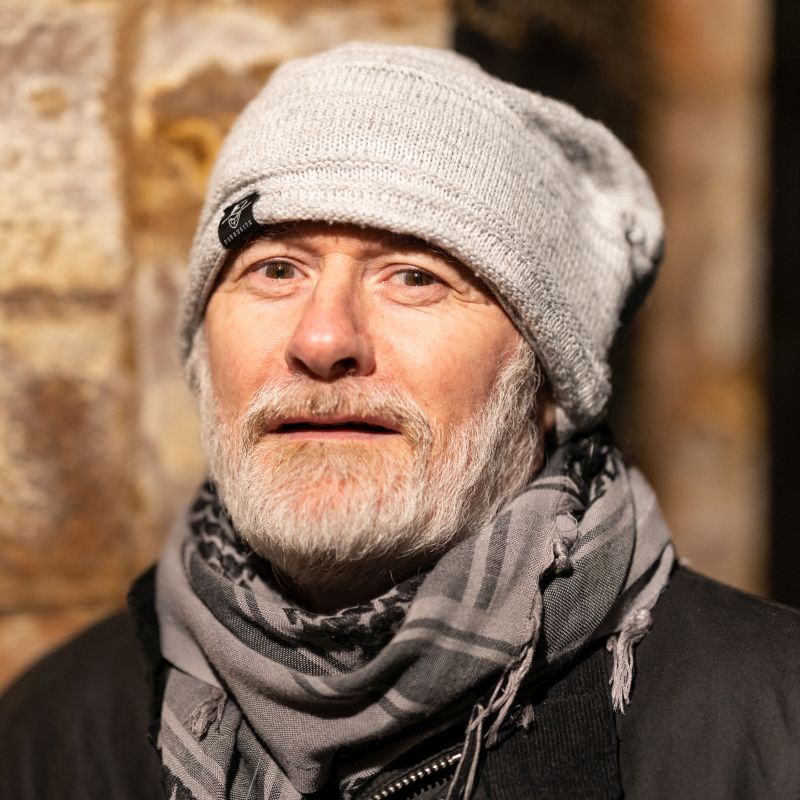