Tell me about Fake Wizard

Being an Edinburgh unknown, I wanted introduce myself to the Fringe with all killer, no filler hour of magic, madness and mayhem, This show is all of my best routines.. It’s the work that I’m most proud of – the stuff that’s taken me around the world and amassed hundreds of millions of views online.

And, if I may brag a little – I showed one of the world’s most famous magicians my opening routine two days ago. He said it’s one of the best pieces of magic he’s seen in the last decade. So feel free to come for the first five minutes and leave after that.

You learned magic from your granddad. Did you always want to be a magician?

Actually, no. I had another childhood dream, which I can’t go into because it would spoil a large part of my show. However, it’s one of few professions that would disappoint your parents more than ‘magician’.

I saw you do the Appearing Beers trick on America’s Got Talent. Seriously, that would be extremely popular in Scotland.

Australian’s pride themselves on their drinking ability, but I’m absolutely prepared to get my pants pulled down at the pub by the Edinburgh locals.

You’re described a previous visit to Edinburgh, as a festival goer not a performer, as ‘the two most inspiring weeks’ of your life. Tell me about that.

My first visit to Edinburgh was a turning point in my life. I was working full time as a ‘corporate magician’ – performing run of the mill magic to real estate agents and other businessy people who couldn’t give a crap if I was there or not. Seeing people push the boundaries of their art form really excited me, and inspired me to do the same with magic. I honestly believe this is the reason for any success I’ve had over the past 5 years.

Who is your favourite magician that we may have never heard of?

Dane Certificate. You will never see him perform and you’ll probably never hear his name again, and I honestly can’t explain what a tragedy that is. 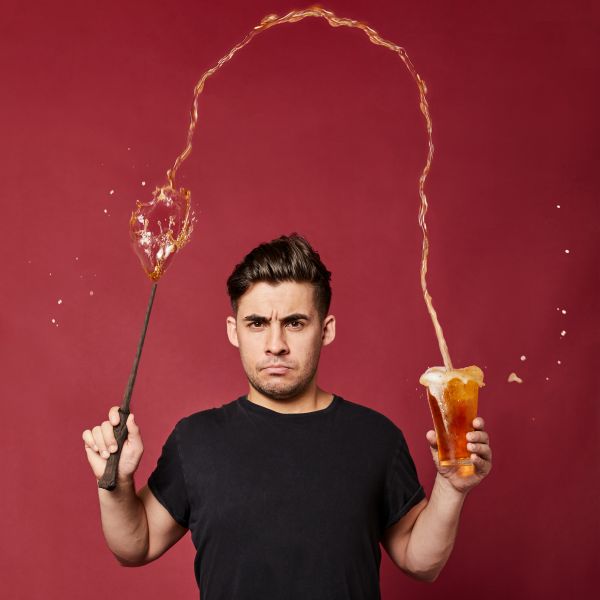