Richard Carnaby has been gathering a collection of darkly comic characters over the last four years. They are presented in A Work of Art, his solo debut at Edinburgh Festival Fringe.

“Through the media of acting, song and work-based training, I will be exposing the souls of three human curios, with the aid of a few crayons. It’s dark and tasteless, and hopefully, quite funny in parts.

“Conceived and gestated over the past four years, these whimsical creations will carry you through your emotional spectrum and leave you wanting therapy and possibly a stiff drink!”

You’re a singer, actor and storyteller. Which comes first and when did you first start performing?

“I’ve been a singer since I was two and first performed in public at four. I’ve been telling stories since childhood too, initially to amuse my siblings. Acting came later, sporadically. Then I decided to train more specifically in theatre, as a way to inform my singer performances.

“Now, I’m hooked on all aspects of performance. Ultimately, though it is stories that I love, whether in the form of songs, anecdotes or sketches.”

How did you meet your producer and director Luke Casey Browne, and why did you want to work with him?

“Luke ran an amazing vintage shop. I was really into dressing up and popped into the shop one day. We hit it off straight away and working together just seems to have happened quite naturally and spontaneously.

“Luke also has loads of experience producing and performing in shows, revues and theatrical events of all kinds. He shares my taste for the odd, the mad and the uncomfortable.”

Tell us your best and worst experiences as a singer, actor or performer on stage.

“Singing is best when you move the audience emotionally – to tears, laughter, dancing about – I’ve had a lot of great moments. Especially when I sang with the original Band of Bears back in the mid 2000s.

“One of the worst things I found is going on stage after someone’s been rousing the crowd with an over-the-top power ballad, and you’re doing something more unassuming – albeit more artistically worthy.

“One memorable mishap as an actor, apart from the occasional forgotten dialogue, was getting stuck in a basket chair and having to improvise my way off the stage – fortunately, it was a comedy character anyway.”

If you were curating a show for television, who would be your guests? 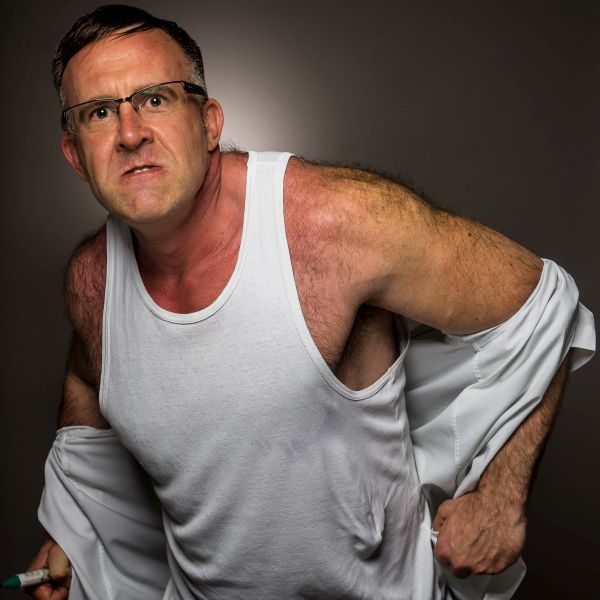