Game On! is a wild, interactive comedy show about video games for kids. It’s written and performed by Matty Grey who won the Director’s Choice award for best kids show at the Sydney Fringe Festival 2013. He is at the Edinburgh Fringe Festival for the first time following a sold-out season at the Melbourne International Comedy Festival.

“Game On is all about video games and my adventure trying to escape from Gameland. It’s a stand-up comedy show for kids aged five to 12 and uses a LOT of audience interaction. How many other shows at the Fringe this year will be handing every audience member a Nerf gun when they walk in?”

“Coming all the way to Edinburgh from Sydney for the first time is a big adventure, one I’m really looking forward to, but it’s also a big financial risk. Just flights and accommodation is a lot to spend without adding the fairly steep venue prices that theatres in Edinburgh charge during this time. Not to say the venue prices aren’t justified but it just made coming over cost prohibitive. The structure of Laughing Horse allows us to bring a show over with lower costs and gives audiences a great chance to get to know my work for free. I also love the thought of people making a donation after they have seen the show. If you loved it great! If you hated it don’t pay me anything. It keeps me on my toes making sure I try to make every performance as good as it can possibly be.”

“Loud! I’m very, very loud! Also very interactive. As I perform for kids I try to make my shows as engaging as possible.”

“Don’t worry, it gets better. I had a hard time in my teens and school years. I think that’s why I perform to kids, it might have helped to have some fun comedy shows to go to when I was that age.”

“Boy with Tape on his Face, Dave Gorman, Sammy J and Randy and Tim Minchin.” 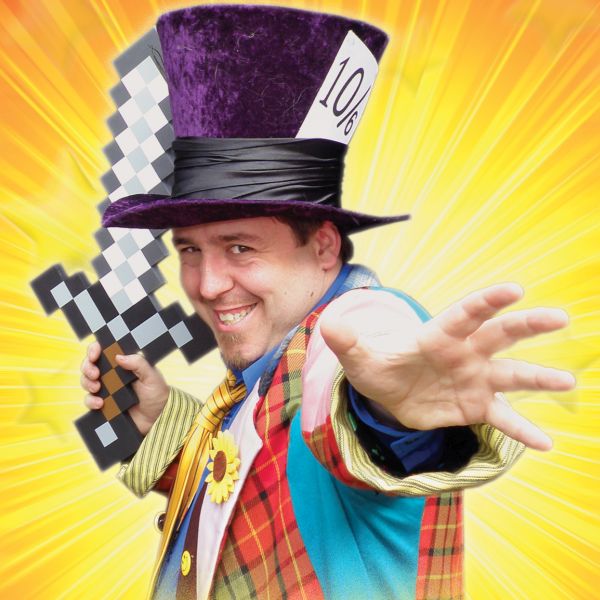