No problem. The New York Times, America’s answer to the Daily Record ran a poll: What’s the worst thing that could ever happen to you? Blind came number one! Knocked it out the park. Thrashed cerebral palsy, being from Fife etc. I don’t think it’s that bad. But people keep assuming that my eyes should have made me more miserable than they have.  For example, my doctor said to me ‘it’s because of your eyes you don’t have children, yes? That’s a hell of an assumption. I was so annoyed I said ‘get your finger out of there, pass me my pants, I’m off. The reason I don’t have children is nothing to do with my eyes, it’s because I’ve never fancied them…in both senses of the phrase. The show tackles these mad assumptions and I hopefully show that happiness and disability aren’t mutually exclusive.

I first saw you perform at the Fringe back in 2013, in That Funny Blind Guy. You’ve achieved enormous success since then, but how has your comedy evolved in the last decade?

Enormous is stretching it, but I’ll take it! I think the biggest change/development in the last 9 years is I’ve lost the imposter syndrome every comedian initially suffers from, well apart from the sociopaths and narcissists, but they’ve their own issues. Imposter syndrome is the feeling that you don’t have the right to be there. I thought I’d get over this feeling by putting in the hours on the circuit. Getting myself up the bills and that it would fade with experience. I got rid of it in 2018 at my last Fringe show, Blinkered. It was not my best show. A solid 3 star affair. It was the only comedy show in the Assembly rooms on George Street so my mid-week numbers were shockingly low. After 25 nights of performing a show I didn’t really like to empty room after empty room, I felt I’d cut my teeth. The icing on the cake was a quote from one of my 3 star reviews:

“It was a solid 45 minutes. Hopefully Jamie will have the confidence to come back next year with a full hour”

The show was an hour! Since then, I’ve felt I do belong in comedy and I can assure you Reasonably Adjusted is much better!

Scotland, especially Glasgow, seems to produce more than its fair share of successful stand ups. What makes Glasgow such a hotbed for comedy?

It’s because everyone in Glasgow’s funny. I was taking a taxi from the train station up to the Stand Comedy Club, one of if not the best comedy clubs  in the UK. I told the driver I was on that night. The Stand always have a board outside on the pavement with the names of who’s performing. As we pulled up the driver said, ‘Oh there you go big man you’re name up in chalk’.

You studied Ancient History at St Andrews University and Law at Aberdeen. You then became a corporate banker. Suddenly you transformed into a stand up comedian. How did that happen?

My Dad and my brother are both in finance. When I was leaving Uni I didn’t have a clue what I wanted to do so ended up in banking. I never really got on with it, as I was unbelievably crap at it. Near where I worked in London was the Comedy Café. A Shoreditch club that’s sadly no longer there. I did a couple of open mic spots and loved it. This coincided with the credit crunch. We all got binned, and I decided to focus on comedy. I can’t imagine the banking industry are too gutted with my life choice!

Do you feel that cancel culture means you are more careful about what you say on stage?

Nope. This idea that you can’t say anything any more is nonsense. Comedy has never been about offending people. If you set out to be offensive, then you deserve any backlash. If you set out to entertain and someone gets offended, that’s a very different thing. These people that look to get offended are a pain in the arse, but should not be taken into consideration when putting a set together. This ‘cancel culture’ isn’t a real thing. It’s the Bitcoin of modern social society: Has no physical base and is only believed in by wankers. 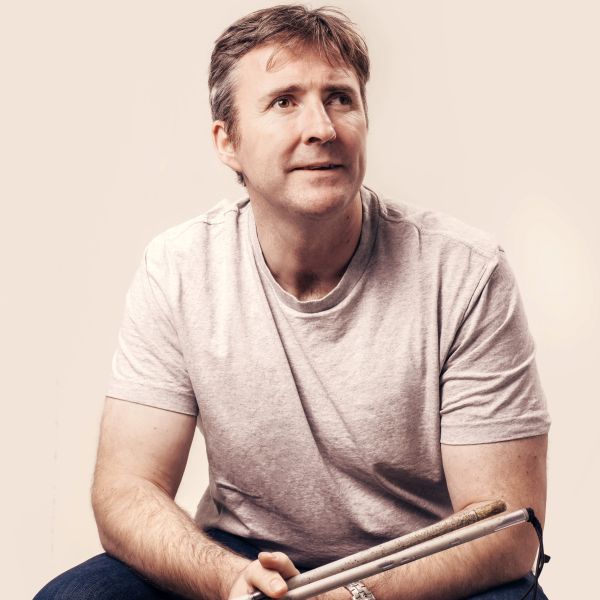