I’m with Stupid are stories me growing up poor In North New Jersey and Hell’s Kitchen- neighbourhoods that, like many I knew, could have seen me being killed or sent to prison, and how I ended up living my dream by going to “Hollywood.” Once there, my life was filled with success and failure- failure due to many stupid things I did.  My life has been wondrous and magical at time, yet filled with pain and heartbreaking disappointments. You’ll see what took me from The A-List, to many people not wanting to admit they even knew me… including my mom.

I talk about my time with Mel Brooks, Dave Chappelle, Sir Sean Connery, George Lucas, Stan Lee, Marlon Brando and many others I had the privilege to either work with, almost work with, and/or spend time with.

Within those stories is comedy, as well as “typical” stand up routines. My goal is, besides giving the audience a very enjoyable and fun evening, to empower and encourage them to see that, if someone like me could achieve some of my dreams, then anyone can- as long as they don’t give up and they ignore all the “No’s,” “Can’t,” “Impossible, “You’re crazy,” “You’ll never make it” and “That’s stupid.” That even with all the pitfalls, pain and disappointments…. the journey of chasing whatever your dream is, is worth it. Unless your dream is to be like Hannibal Lector, Donald Trump or Adolf Hitler. Then I encourage you to take an plane to some remote island far away from civilization and jump out of that plane, preferable without a parachute.

This is my first time performing there so I’m BEYOND excited. My expectations are high- per usual. I always shoot for the stars and often land on my face. I want I’M with STUPID to be a breakthrough show and word of mouth spreads for it to be a show people should go see.  If that doesn’t happen, I want to learn how to understand Scottish people when they speak English.

My mom and my dad. Underdogs. The true stories of triumph against all odds as well as fictional entertainment that tell those stories, which I used as one of my escapes growing up and to this day.

Bugs Bunny is my biggest inspiration. He can do what he wants, without malice, live his life his way not caring what others think. He doesn’t live in fear, he lives in the moment and he has fantastic adventure. He lives without the things people think they need (but it’s really a want) and he has a fantastic life. He (and my dad) also gave me my love of classical music.

Many movies, probably on the top of my list is, “Rocky.” And ironically, I feel performing at “The Edinburgh Fringe Festive,” at The Gilded Balloon in The Billiard Room, as well as the 9pm slot Karen Koren gave me, is my “Rocky” moment. It was unexpected, to say the least. I was surprised, honoured and felt incredibly lucky to be given this second chance doing something I absolutely totally love: To be a storyteller and in the process get people to laugh and empower them whenever I can. This isn’t a want for me it’s a need. It’s my air and water.

To be candid, I hadn’t done standup for over four years.  I was mainly in Spain and I was working on a couple of movie and one TV series project. Towards the end of 2020 I decided I needed to do stand up again. That need hit me hard. So once clubs started to open in February I found clubs, pubs, restaurants and even street corners in bars in Spain to perform comedy.  I felt like I was home; a home I never want to leave again. And this time, not do anything stupid to get me kicked out of that home.

No ones ever asked me a question like this. Very cool! OK, let me think. I’m slow so this could take a while.

What is my definition of an artist?

Someone who does something with passion, with pride and that they love to do. It doesn’t matter if the person is a writer or sculpture or teacher, florist, scientist, bus driver, plumber, etc. What matters is they care deeply about their work and in some small way give something to the world it is lacking and is needed. 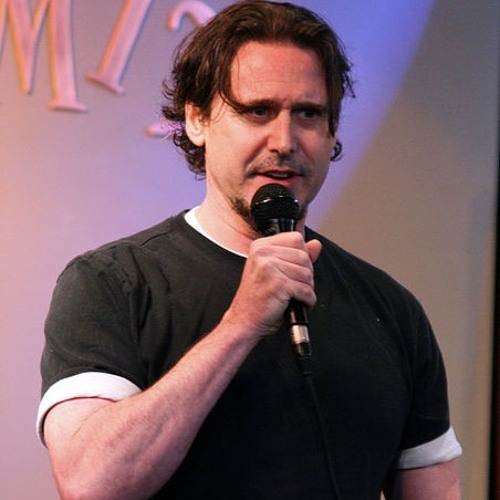