Initially Struan Logan was going perform at the Edinburgh Festival Fringe as part of a two hander with John Sheppard. However, John had to drop out at the last minute because he was offered a job he couldn’t refuse. So what does Struan do? The show must go on!

“Yes, my hour has become a semi-solo show. It now starts with me mucking around with the audience, then two guests I really enjoy, and then the other half is the stand-up I had planned beforehand. There’s no real theme but I’ve always been more fussed about making it funny.

“I’m also doing a second show which I’m curating with about ten other Scottish acts who I really enjoy the work of. Each day it is four of us doing fifteen minutes each. All of us on the bill are currently doing a longer slot at the fringe or are being booked to do weekend slots at the stand so the line-up is pretty strong.”

Why did you choose to perform as part of the PBH Free Fringe?

“Personally, I applied to do a show with PBH last year based on recommendations and they were very accommodating even though the application was late in the year. I value loyalty a lot so I applied with them again. PBH were incredibly helpful when there were troubles with the venue I was originally scheduled to be in. The PBH team give it their all to help all performers and don’t prioritise money, which is why you can see more influential comics coming to PBH.”

“It’s gradually become a higher energy, more enthusiastic version of myself. I really enjoy mucking around with the audience, especially if they are funny too. Usually the show is very silly and fun with a lot of self-depreciative stuff but I also discuss about a couple of serious issues in the show like disability which is made anecdotal as it is the only real view I can give on it.”

“Excellent comedy clubs like The Stand are always a joy, I also used to run my own room in Dundee which was incredibly fun as I was performing to a lot of my friends and repeat audiences so you feel funnier than you are than at a regular comedy gig. Probably the best is at the Fringe when your show goes well, especially if it is a small audience you manage to win over and bring them along. I love the Fringe you get to do what you want to do and if people like you it is a win in your own terms.”

“The compere would be Susan Calman, she’s just a naturally funny comedian and her charm will rub off on any audience.

“Opening Act – Glenn Wool is a master of the craft, I saw him open at The Caves a few years ago and I laughed so hard I was struggling to breathe.

“Middle Act – Pete Holmes is an American comic who more people should know about, he recently had a chat show which was cancelled hopefully he’ll come to the fringe next year.

“Middle Act 2 – Mark Thomas is another naturally funny comedian who always makes you feel you could always do more to take on authority.

“Headliner – Louie CK or Daniel Kitson – There are hundreds of comedians who have written why both of these comedians are excellent and you know they have to headline. They would probably turn it down the gig unless I kidnapped their families.” 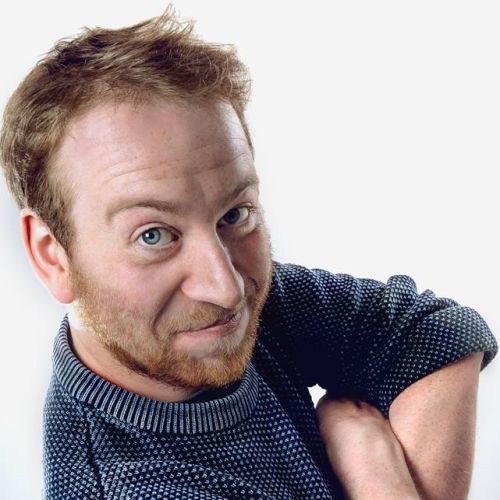