Alex Smith’s mix of laser sharp observations and cleverly crafted comedy songs have helped him rapidly climb the stand-up circuit ladder. Martin Walker asks what he’s up to this year at the Edinburgh Fringe.

“This year Jack Barry, Steve Bugeja, Adam Hess and myself are taking over The Comedy Zone. Put simply every year it’s 4 ‘up and coming,’ stand ups doing 20 minute sets. In the past they’ve had Russell Howard, Josh Widdicombe, Stewart Lee, Chris Ramsey and loads more. There is barely anyone successful in stand up today who doesn’t feature in that list. I can’t speak for myself but Steve, Adam and Jack are all phenomenal comics. We’ve been previewing the show, and even though I’ve heard some of the jokes a few times before I still piss myself laughing. So just imagine if you were an audience member hearing those jokes for the first time… I can never experience that again. It’s too late for me, but not for you.”

Do you consider yourself to be a musician that does comedy or the other way round? Why?

“I consider myself a musician who failed to take himself seriously. Though I tried desperately to cling to heartbreak and angst, and pour them into emotional ballads in E minor, I simply couldn’t stop myself right clicking and finding synonyms for genitals. That said the music makes up less than half of the act and although I’ve got a guitar strapped to my back the rest of the act is pretty straightforward stand up.”

You supported Russell Kane on tour. Any backstage gossip?

“We kissed and now he won’t call. Honestly though he is scary talented when he’s live on stage. I think it’s sometimes missed when you see him on TV because you miss all his adlibbing.But seriously why won’t he call?”

Do you consider yourself or your act to be political?

“Not at all. Sometimes during conversations I’ll just say the word ‘Syria’ to spark up a debate. I find by bringing the topic up people think that I’ve contributed… It’s all smoke and mirrors my end.”

“Lee Evans – First stand up I ever saw. Before him I didn’t know this was a thing, let alone a job.

“Josh Widdicombe – His reference points are beyond enviable.

“Naz Osmanoglu – I’d only ever seen him as part of Wittank and the first time I gigged with him on his own he killed it. ‘It’ being a small theatre in a public school in Uppingham, but still.

“Joe Wilkinson – Backstage at a charity gig he just picked up the cleaners dustpan and brush and walked onto stage saying ‘fuck it let’s see where this goes.’ Genius.

“Obviously the other zone boys, we come as a group now. The Big Reunion 2025 will be One Direction, The Comedy Zone 2014 and probably Blue again.” 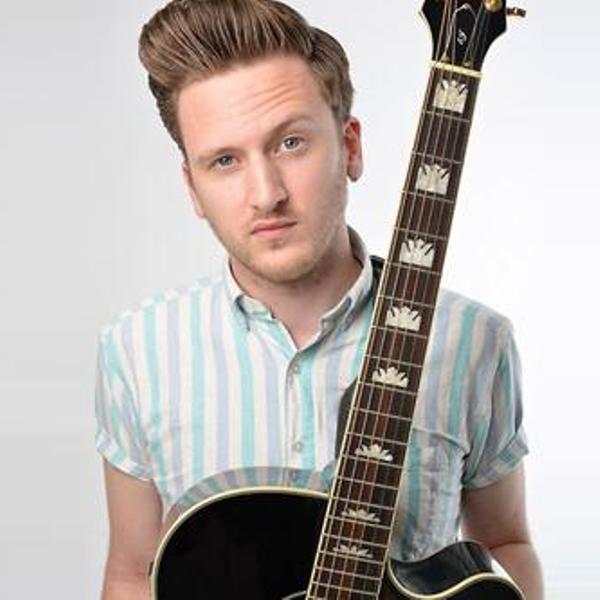