According to his website, Bob Slayer is the founder and trickster behind Heroes of Fringe, the Comedy Collective which promotes Bob & Miss Behave’s Bookshop. He has appeared at Edinburgh Fringe every year since 2008. Martin Walker caught up with him to ask about Heroes and his own show, IndieRound with Bob Slayer & Tim Fitzhigham.

“Oh man, you want me to predict the future: It’s an up to the minute late night storytelling show and happening which might go in any direction. It’s the ultimate after party to any day at the Fringe because you are not going to just have another person lecture you their scripted opinions, we are going to debate and engage. It was a word of mouth hit last year. And this year will also feature the wonderful gentleman adventurer Tim Fitzhigham who was a regular in the last week or so. In one incident last year I kidnapped a wet behind the ears reviewer from Three Weeks, we gave him a training course in comedy and wouldn’t release him until he could pass an examination. He eventually got out wearing nothing but his underpants at 7am. He gave us a 5 star review, probably in fear that we would hunt him down, but he’s a lovely young man and turning into a rather fine reviewer.

“So Broadway Baby, this year please send someone who is more up for fun than the vinegar lady you sent down last August – she didn’t join in the fun much at all and we thought she was only worth one star.”

“Well you see the Fringe is an amazing place and it gives you the freedom to do anything. Unfortunately that freedom extends to the folks who just want to make a load of money at the expense of others. Whereas our aim at Bob & Miss Behave’s Bookshop is reclaim a corner of the fringe exclusively for creativity. Our way of doing this is to rent an empty shop, put in our own bar and invite our friends and favourite acts along with the support and environment that encourages experimentation and amazement. Last year we won a bunch of awards but it is your hearts we are really after…”

“It is comedy with a big “C” that is worth seeing! The whole Bookshop is a fun immersive experience.”

I have already written it and it is called The Happy Drunk! It’s a Children’s book for adults and solves the origin of the species. And other great conundrums. Once the Fringe starts it will be available at the Bookshop alongside Phil Kay’s The Wholly Viable and Devvo’s Book That You Never Did Want too…

“Some years ago I met a large publishing agent at some party we hit it off and swapped stories. After a while he told me that I have the perfect autobiography in me except for one thing. ‘Oh, what is that’ I asked him, thinking I could fix it and sign a six figure deal. So he told me the missing ingredient: ‘The part where you become famous so we can sell it…’ ‘Oh’, I said in return. We have kept in touch ever since and I have kept writing. We are both ready for the day that I become the first person in the world to harness the power of the sun, learn to fly and everyone wants to know all about me.”

“I assume this is a fantasy line up so I wouldn’t waste my time with people that are alive. Fuck it they can help themselves get on telly, do some bullshit panel show or something. For this monumental TV project we are going to dig up some of the greats.

First off I would bring back Tommy Cooper. He’s going to be in a bit of a grouch when I tell him he’s been in a coma for 30 years and he needs to get on stage immediately in order to pay for his private hospital fees, but I still think it would be a show to remember. Do we need anyone else? Let’s just get some other great drinkers in and make it a party… Dave Allen, Hancock, Ollie Reed, it doesn’t matter if they are comedians or not, George Best, we are going to film it in a brewery so no one is going to be able to stand up anyway.” 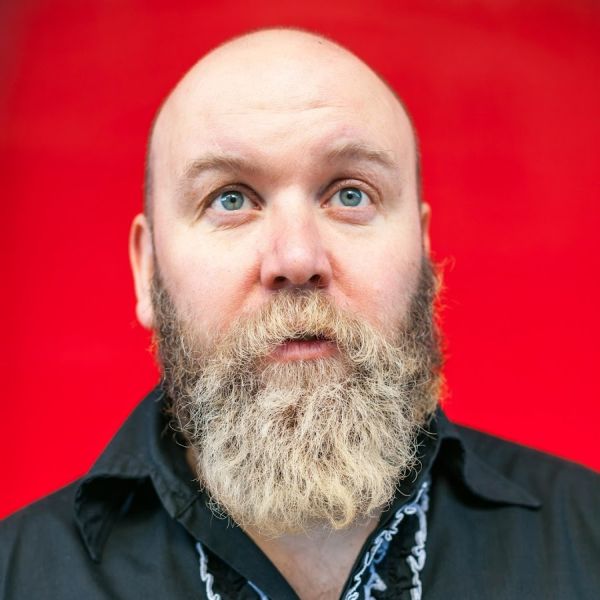