James Bennison grew up in the slums of Warwick. Fighting his way through the mean cul de sacs of the small town he managed to make it to Manchester and learn the ways of mathematics, mainly due to the degree he was studying. Martin Walker enquires about his maths based Edinburgh Festival Fringe show.

“My show, Professor Bennison’s Life of Pi, is a stand up show dedicated to the world of mathematics. As an ex maths teacher I attempt to give the audience a mathematical qualification, taking them through my own warped and wildly inaccurate syllabus.”

“I’ve done the PBH Free Fringe for four years now and it is by far the way the whole fringe should be. Rather than a massive money making organisation it’s dedicated to letting performers do what they do best. It’s a lot easier to get an audience and a lot cheaper for us to perform and therefore I don’t have to worry so much about flyering all hours of the day or working out my finances two years in advance and can just worry about putting on the best show I can do!”

“Taking something that is generally regarded as being quite dull and disliked by all and making it more accessible and funny. I try and mix it up by putting some very very nerdy jokes in there and some more general cruder jokes mixed up with witty audience banter and some actual genuine facts. Audiences who’ve seen it so far seem to have enjoyed it and I’ve felt like I’ve really managed to connect with each of them.”

“When I was starting out I was doing some mathematical jokes and a few comedians in the audience started shouting mathematical based puns at me – ‘That divided the room’, ’We’ve gone off on a tangent’ – and I had literally nothing to throw back at them. I was quite frustrated and thought up hundreds which I then integrated into my set – pun intended. A few weeks later I went back to the same gig and a guy in the audience shouted another one out and I went off on a tirade of pun based abuse at him which got a huge round of applause and won me a bottle of champagne. I’m keeping that bottle for when I’ve ‘made it’ as a comedian. Or my birthday. Whichever comes first.”

“I don’t really know many famous comedians so if I was curating a stand up show they would probably tell me to piss off. If I had the one chance then I would get some of my lesser known comedian friends along to do their sets to give them a chance to perform to the world such as comedy pal Sid Wick. Maybe even mix it up with a little musical comedy in with double act We Are Goose or some sketches from sketch group Legion of Doom. All of which happen to be performing as part of the PBH Free Fringe this year!” 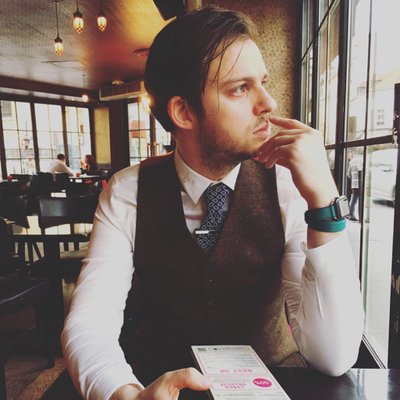