The show is part stories of my past (mostly failed relationships and some other let’s say casual encounters), which I think are all dumb enough to be considered funny, and part anecdotes of my present in which I talk about being a nanny to a teenage girl and my relationship with her. It’s called ‘Role Model’ which is pretty self-explanatory, but also due to me doling out some truly excellent advice.

I did one of those six-week comedy courses that many will tell you are useless and lame, but are actually just like any other course: you get out of it what you want to get out of it. And for me that was a friendly way to start. So my first gig was their showcase night, and everyone in the audience knew it was our first time doing stand-up, and as such was really nice. As opposed to my first open mic gig, which I didn’t know was one of those where the audience can vote you off the stage. Which they did with SUCH excitement.

Quick reminder that this is all bullshit, and go.

Oh this when I was doing the final for Funny Women in 2016. One review was super nice, and very quotable. The other reviewer basically complained about the set up of the room, said that since I was on last his legs were hurting and he was falling asleep. I framed that one.

God no! But yeah, probably.

I don’t think I have been reviewed enough to have a strong opinion on it. Of course comedy is all subjective and blah blah, but it’s pretty cool that if you do a good job you’d be able to read how it impacted someone and others might be persuaded to go see your show as well. Of course if it’s a really bad review, then others might still be persuaded to go see it as well because they’re dicks so WIN WIN.

This is one of those things that I haven’t really thought about at all, so anything I say now will not be well thought out, but from what I can gather I don’t think it was a criminal offense, no. It also didn’t sound particularly funny, but if that’s a reason to get fined a lot of open mic comedy would become really expensive for the performers.

I don’t think so. It depends on the performer. There are definitely things that are not suitable for me to talk about. When people talk with authority about experiences they haven’t personally experienced, it tends to get a bit tricky. But as a general rule I don’t think there are any topics that are off limits.

No. Then again, some audiences would and have disagreed with that. I’ve gotten some ‘we just don’t joke about these kind of things here’ when I’ve done a period gag. It’s mad to me. Periods are super dumb, we should absolutely laugh about them.

There was one gig where my dad came to watch which was super nice and lovely. But my favourite thing about that is he came home and said to my mum and sisters: well… it’s a lot of sex stuff. But then, I guess we all do it! Which I just think is such a Dutch response and always makes me laugh when I think about it. 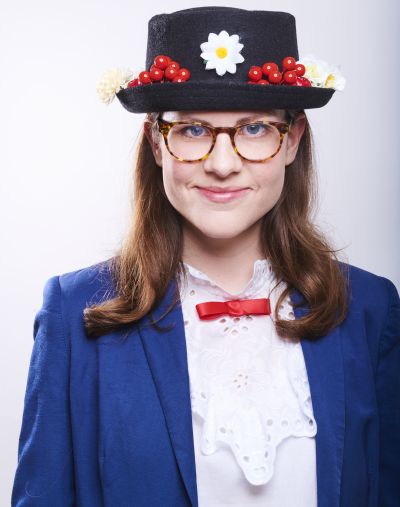