Fresh from supporting Rob Beckett on his sold out UK tour, angelic-voiced Lloyd Griffith performs his debut show at the Edinburgh Festival fringe. We can expect some ‘really brilliant jokes’ and some ‘truly incredible singing’ from this choirboy turned comedian and ‘heartthrob’.

“The show is about my life as a classically trained choirboy from Grimsby. Apparently I don’t look like a choirboy which I’m happy with. There’s a bit of singing in the show as I’m really quite good and it’d be a waste not too, and there’s a fair amount of jokes, some flirting, some stories about Grimsby Town FC and more flirting. It’s good fun.”

How does a choirboy turn into a comedian?

“Well I was used to performing to audiences of varying sizes in churches and Cathedrals up and down the country and because I have quite a high voice they would often giggle at the ridiculousness of my singing. I thought well if I write some jokes and do this in comedy clubs I could have two jobs. And so here I am.”

You’ve performed on TV, in films and live. Which do you prefer?

“I love doing stuff on screen, but you really can’t beat performing live. It’s like a drug. It’s sounds sycophantic but I love seeing people laugh because of a joke or routine that I’ve just performed. The feeling is immense and I’d do it every night if I could.”

“Times change and clearly the BBC think that online is the way forward in order to save money. Obviously I’m not going to slate them as I have a few things that I would like them to make. I think the BBC are great, really great. Especially BBC3. Love them. Again, I’m not commenting on ‘male-panel-gate’ for the obvious cowardly reasons. I Think The BBC Are Great.”

“I would have people that make me laugh both on and off stage, naturally funny people. On my show I’d have Brian Gittins, Tim Key, Julian Deane, Matt Forde, Rob Beckett, Romesh Ranganathan, Lou Sanders and John Kearns.” 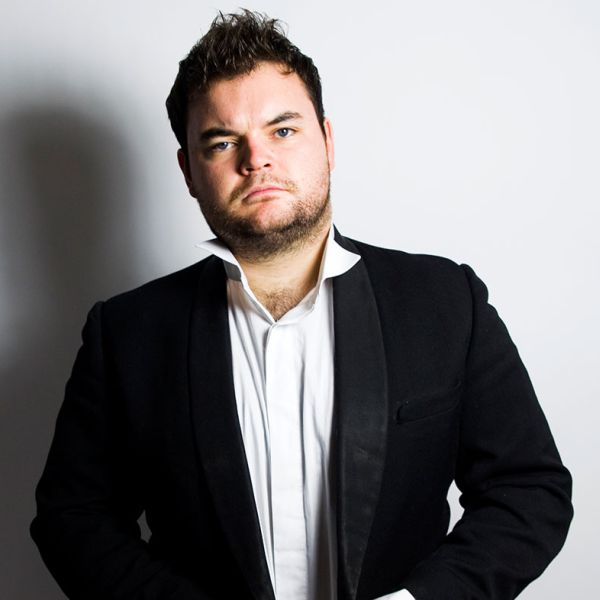