Luke Burrage is a comedian, musician, juggler, fiction writer and an all-round talented bloke. Sadly, at the time of writing, you won’t find his debut Edinburgh Festival Fringe listed anywhere. But don’t let that put you off. Martin Walker discovers what promises to be a real hidden gem.

“My show is a musical comedy show called The Bitterly Autobiographical Songbook. In it I sing funny songs that go deep on various autobiographical topics such as dating, identical twins, tomatoes, pubic hair, Chernobyl and robot popes. I usually perform with a piano and a guitar, but for the Fringe this year I’m sticking to guitar. I’m also going to do some juggling, as I’ve been doing that professionally for 10 years now, and mixing it in with the music and comedy makes for great variety.”

“I’ve never performed at the Fringe before, but have comedian friends who have taken part in the Free Fringe for the last few years and only had good things to say about it. Even though they’re not coming back this year, they encouraged me to take part to represent the Berlin comedy scene.”

“Someone once described me as ‘like Tim Minchin, just clever and as good at music and comedy, but not banging on about God and religion all the time’. Unlike Tim Minchin, I can’t afford an orchestra.”

“As a professional juggler of ten years, I’d have to say it was the first time I got to the end of my 50 minute juggling show without a single mistake or drop. You’d think this would happen more often, but no. My most memorable (positive) performance memory was doing a show in the Antarctic. More than half the audience was made up of penguins, and during an audience participation segment my volunteer was explorer and mountaineer Peter Hillary, son of Sir Edmund Hillary.

“My most memorable bad experience was doing a juggling gig at a urology equipment trade show. I didn’t realize until the part way through my show that the massive video screens at the back of the small stage were showing an animation of an inflatable penile erection implant, rising and lowering over and over. Later in my show the video switched to a closeup shot of some kind of real-life vaginal surgery, with hands going in with scalpels and pipes and needles and oh my god I couldn’t watch anymore and felt kinda ill but nobody else at the trade show even took a second look. In that setting, the juggler was the unusual feature on display to attract attention.”

“Simon Amstell, Simon Pegg and Simon Evans, just so I could call the show Simon Says. I’d do a show featuring only comedians named Luke and call the show Luke at Us but I don’t know enough funny people called Luke.” 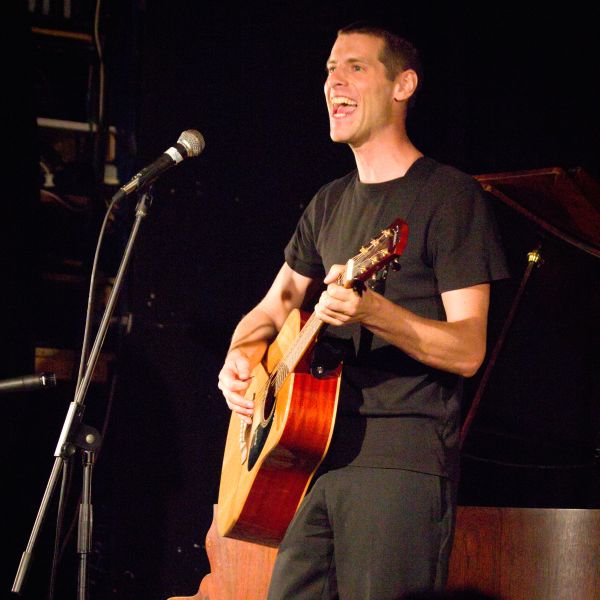