Calling all sensation seekers! Michael Brunström, part man, part longest river in France and winner of the 2013 Gareth Morinan Alternative New Act of the Year Award, performs a selection of weird and astonishing alternative comedy stunts during the Edinburgh Festival Fringe for your bewilderment and delight.

“The Human Loire is a solo variety show, in which I perform a bunch of unusual stunts and capers. These include acts entitled “Homage to Sir Alexander Fleming”, “The Mystery of Fennel”, “Keep Cosy with a Viking Soufflé” and the eponymous “The Human Loire”, in which I do an impersonation of the longest river in France. It’s weird, stupid, lyrical in places, and messy in others.”

“All the ‘free’ festivals present the best value, both for performers and for the public. Freestival offered me a lovely venue – right in the thick of things – and a lunchtime slot that was perfect for my show.”

“I never wanted to be a Stand-Up Comedian. On the whole, I pursue whatever amuses me most at any given time. Currently, this seems to involve me mostly standing on my own in front of a room full of people who are mostly laughing. So I appear to be a Stand-Up Comedian, by chance rather than design, but perhaps this is as far the similarity goes. I don’t use a microphone, by the way.”

“I experienced a wardrobe malfunction in my trousers while performing at Soho Theatre with the Alternative Comedy Memorial Society, and ended up flooding the stage with two litres of semi-skimmed milk. While the audience enjoyed it, I regret leaving the performance area in a condition that might have proved hazardous and slippery or unpleasantly sticky for the acts that followed me. I’m really very sorry about that.”

“That’s such an unlikely scenario that I may as well complete the fantasy with a line-up made up entirely of performers who have been brought back from the dead especially for the occasion: Max Wall, Lily Morris, Billy Bennett, Martha Raye, Tommy Cooper, Marie Lloyd.” 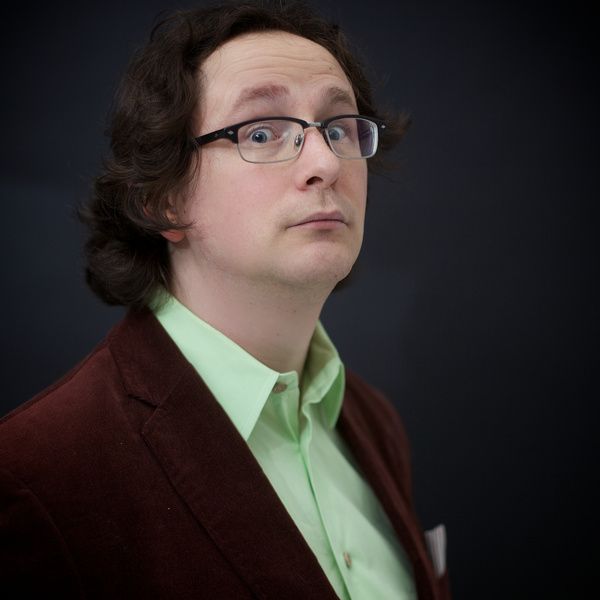