Standing over you at seven feet, Nancy Clench presents an Edinburgh Festival Fringe show featuring a delightful mix of conversation and material that will leave you unable to look at Pringles, The Daily Mail or Dating Apps in the same way ever again.

“It’s going to be a real good story of my life really, the trials and tribulations of being a 7ft Drag Queen from Fife! Not every day that you can hear about that. Lots of things about my family, sex life and my work too! Ultimately it’s going to be a great laugh, the audience will be involved in the show, it’s going to be intimate!”

How will it differ from your show at the Glasgow Comedy Festival?

“There’s definitely major differences, I’ve taken to my notepad over the last few months to really get a great tone for my late-night show in Edinburgh. I want to take the audience on a bit of a journey, rather than just talking about all the cuntish things in the world which was Nancy Clench: What a Cunt! in Glasgow!”

As a Scot, do you support Scottish Independence?

“I certainly do. Would you believe this 7ft Drag Queen also works in the Scottish Parliament?! I know. Amazing. I think it’s a really exciting time and it’s great to be joined at the Fringe by lots of other indy-supporting comedians!”

How did you get into performing?

“I’ve been pounding the streets in these heels for nearly five years now and it all started in Habana – that’s right, Edinburgh’s gay scene! Who’d have thought nearly five years on I’d be back with my very own show at the Fringe? I had a look through old photos from those days, and my gosh I’m glad I’ve changed!”

“I’d have to have my partner in crime Vanity von Glow on the show with me, we bounce off each other so well that I’m sure it’d make for good viewing. Sir Ian McKellen would have to be on the show, he’s such an inspiration to all the work we do for equal rights in this country. I’d love to say hello to Barry Humphries for a second time as well.” 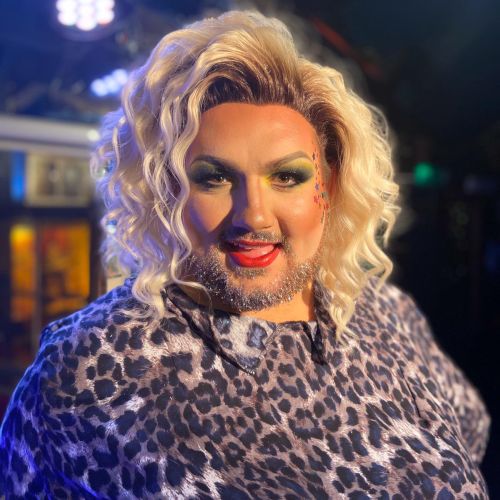